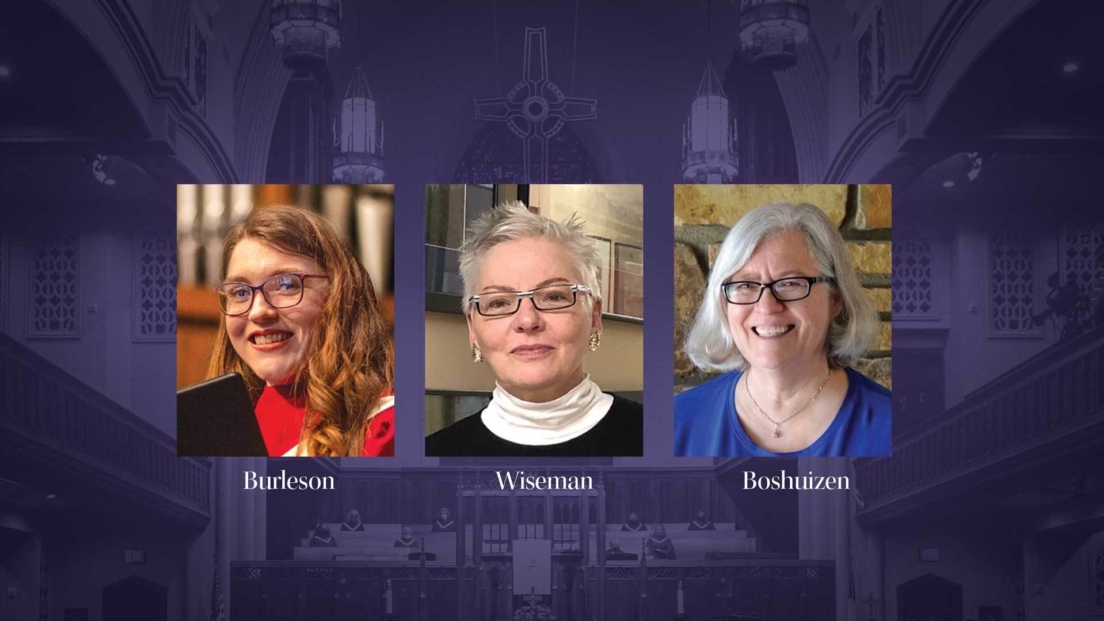 Carolyn Burleson is from Tulsa and as a scholarship student in the Chancel Choir, she is working toward a master’s degree in Computer Science at The University of Tulsa. Not long ago, she began attending First Church with her sister who plays the cello with our worship team.

Carolyn had missed being part of a faith community and had long been hoping to again perform choral music. Worshiping at First Church has provided her with what she says is, “The best spiritual fit since childhood.” Teary-eyed, Carolyn expressed that she has never felt so welcome. She has found our congregation to be a Christian family that genuinely cares about faith and said she feels a connection that words cannot explain.

“My life has been transformed,” she exclaimed. Carolyn is thrilled to be singing, especially during this pandemic and believes there is presently no better way for her to express her reinvigorated faith.

“Worshiping at First Church is the best spiritual fit for me since childhood.”
– Carolyn Burleson

Jane Wiseman and Marianne Boshuizen have been growing together as friends while performing in various music groups at First Church for decades. As stories go, once upon a time, Jane played on an adult soccer team with Harriet Peacher, who invited her to come play recorders and handbells. That is how Jane met Marianne, who had attended First Church since infancy.

Jane appreciates the challenge and musicality encountered playing in a group. “It opened up a whole new dimension in music and Christian history to me,” she declared.

“I had no inkling how broad and diverse Christian music was until I began playing music at Church.”
– Jane Wiseman

Consider all that must have happened in the lives of these ladies since “the bells” first called their names. Much has changed throughout the world, in our society, with their families, at First Church, etc.; yet their friendship and devotion to their craft has remained true. Reminds me of a line in a song: “Ever just the same; ever a surprise! Ever as before, ever just as sure as the sun will rise!”

“God and music are very intertwined, and He speaks to us inside and out through it. It is a different dimension.”
– Marianne Boshuizen

Isn’t that just like our Lord? Whether young and newly inspired or a seasoned veteran with much to reflect upon, we are given a visual of Isaiah 40:29: “He gives power to the faint; and to them that have no might, He increases strength.” It is the only way any of us remain faithful.

We praise His name for this and more as we raise our voices in song and listen to the bells ring out their palpable good news: “Joy! Beauty! Grace! Mercy! Love!” You hear it, don’t you?